The financial woes of Zimbabwe - a macro perspective. 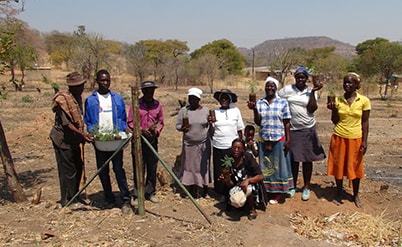 On my last visit to Zimbabwe, I was introduced for the first time to the Zimbabwean Bond Note. Having some knowledge of Zimbabwe’s history with their own currency, the Zimbabwe Dollar, I viewed the issue of these bond notes with great trepidation. To explain my concerns about the Zimbabwean Bond note, it may be best to provide some background.

After the collapse of the old Zimbabwean dollar, the country ended up using US dollars for their currency. However, due to the country’s poor economic performance, the US dollars contained within Zimbabwe have gradually begun to diminish. This is primarily due to there being virtually no exports, (primarily diamonds only, which are controlled by the government) whilst imports have continued. So what does one do in such circumstances? Zimbabwe’s solution was purportedly to borrow some US$200 million from the Chinese government and then issue Zimbabwean Bond Notes to the same value. The desired result from this is that it would increase liquidity within the country.

The problem now is what is actually occurring within the country. In reality the Zimbabwean banking system readily accepts any deposits in US$ notes, however upon withdrawal only Zimbabwean Bond Notes are ever issued. So the question is, where are the US$ notes going? Additionally, why isn’t the Zimbabwean Bond Note recognized overseas? Speculation has it that the US dollars are disappearing into government coffers for their officials. Additionally there is great doubt as to whether the loan from China is real or will ever be honoured.

The result of this is that there is now a scramble for US Dollars within the country. To make things worse, overseas governments have placed a ban on international currency transactions with Zimbabwe.

Where do we go from here? Perhaps the solution lies in the recent overthrow of Mr Mugabe as the president of Zimbabwe. All of the nation is praying that the new government will exhibit a higher level of integrity and will encourage local business and enterprise. Obviously those businesses that develop export opportunities should be given special care and assistance.

But where does this leave the poor? As per usual they are the big losers.

Invitations are invited by people who may have some ideas as to how to solve this problem.